As a CDPAP participant, when you or your loved one needs assistance caring for themself, life changes. From the small everyday actions you took for granted to big life-changing choices, everything can feel like a hurdle. We are here to help you.

At Elite Choice, The CDPAP program allows you, the Consumer or your Designated Representative (DR), to participate in developing their plan of care. This means you can hire, train, supervise, and if necessary dismiss your chosen Personal Assistant (PA).

But what if you want guidance in developing your plan of care or direction in managing your Personal Assistant (PA)?

Our focus is on you and the quality of your life.

That’s why, at Elite Choice, we don’t just provide CDPAP services, we also provide resources that will empower your self-direction and independence. We have formed a peer-to-peer mentoring program for our patients and their families; because often, it’s the people who have lived through similar circumstances and who utilized the CDPAP program successfully, who can give you the most helpful tips, encouragement, and hope.

When dealing with an illness or disability, life feels lonely when facing challenges that are unique to your situation. Support groups with fellow CDPAP Consumers are a great way to interact with other people who ‘get’ your situation. It’s a safe place to release strong feelings with people who care about you and understand what you are going through. On top of all that, our members learn tips and techniques from one another that make life simpler. 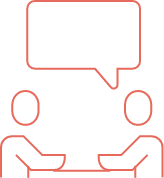 Along with the independence that CDPAP brings, it can also present with challenges related to hiring, training, supervising, and potentially dismissing a PA. One-on-one support is an opportunity to build a close relationship with someone who understands your challenges and who can be available for you more than once a week. This person is there for practical solutions, ideas, information, and encouragement. One-on-one support also allows for private conversations and will be a better option for someone who prefers a private setting.

Elite Choice support groups were created to help consumers, DR’s, and PA’s with challenges they face in their specific circumstances 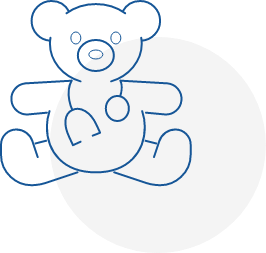 For a pediatric patient, there is a focus on their cognitive, physical, and social development. Scheduling their therapies and doctor appointments around their education can be quite a challenge! Add in the changes between the summer and school year, and it gets more complicated. Working with children may also require behavioral skills in helping your Consumer cooperate with their medical and developmental needs.

A.E. (personal assistant) is our Pediatric care group facilitator and primary caregiver to his young sister in need of 24 hour care.

A.E. was only 15 years old when his baby sister was born in 2015. At the time, he was living with his father as his parents were divorced. His sister was born with autism, as well as other developmental childhood issues. After seeing his mother struggling with his sister, he moved back in with his mother, and assumed the role as the caretaker for his baby sister. A.E has been with her for five years now and despite his sister receiving only 20 hours from the insurance, he is with her around the clock as she is in need of care 24/7 being a minor that can not be left alone. A.E., who put his young adult life on hold to help his mother and sister says he wouldn’t change a thing and enjoys being there to help his sister. 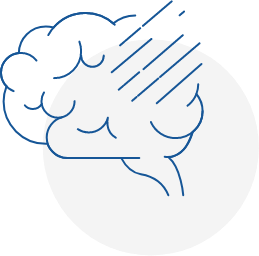 With a diagnosis of Dementia, a patient’s cognitive and communication abilities wane. New behaviors surface and can be frustrating, confusing, and stressful to deal with. Examples of behavior may include verbal or physical aggression, agitation, confusion, wandering, disinhibition, delusions, hallucinations, or a restless or repetitive behavior. Understanding the challenges a dementia patient faces in their own mind, and learning behavior management skills are imperative to properly support and care for a Consumer with Dementia.

In 1993, M.V. turned 18 years old and began working as a CNA and eventually worked her way up to LPN. She always knew that she wanted to help people in need. In 2015, her father was diagnosed with Cancer and his dementia and Alzheimer’s became so bad, he could not be left alone. M.V. knew that she had no choice but to quit her job as an LPN and use her nursing skills to be there for her father. As she stated, when you come from an Italian culture, you don’t leave your loved ones behind. For the past five years, she has not left her father’s side. She believes her father belongs at home, and the only way to achieve that was to enroll in the CDPAP program and to be there for him. 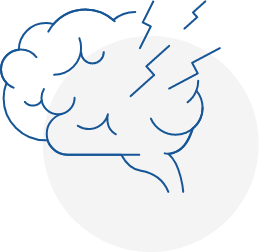 Many Consumers with Parkinson’s Disease want to live an independent life. Their wishes may interfere with their safety and caring for them becomes a delicate balance of independence, help, safety, and compassion. Mood swings and emotional outbursts can happen as the Consumer faces the gradual loss of abilities. As the disease progresses, the Consumer’s need for physical assistance increases.

J.V. had just finished her schooling to become an LPN when her grandmother was diagnosed with Parkinsons and was approved for Home Care services. J.V. knew that she did not want a random person caring for her beloved grandmother in her home, where J.V. spends most of her time outside of work anyways, and so J.V. uses her flexible work schedule to care for her grandmother and she applies the skills she has learned as an LPN to keep her grandmother safe and happy in her own home. 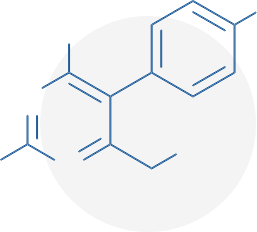 There are many different people who are involved in caring for an ALS patient. This can take time to coordinate between the family, caregivers, physicians, nurses, physical therapists, speech therapists/pathologists, occupational therapists, and social workers who are all there to give the person with ALS a high quality of life and as much independence as possible. Eating becomes progressively more difficult and the Consumer may need processed food to make it easier to swallow, the Consumer may progress to needing a feeding tube inserted. Breathing also may require different medical equipment & knowledge. The Consumer and PA may also choose to learn how to use an assistive communication device so that the Consumer can communicate even into the latest stages of ALS.

M.P. is currently attending to a consumer with ALS and she is here to help others as well. 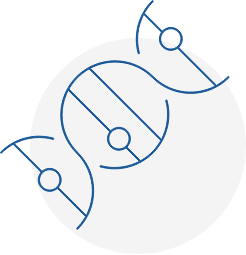 MS is a long-lasting disease that can affect the brain, spinal cord, and the optic nerves in the eyes. While it can cause problems with vision, balance, muscle control, and other basic body functions, the progress, severity and specific symptoms of MS in any one person cannot yet be predicted. An individual with MS can also have ups and downs which are all normal and to be expected. Relapses can lead to new medication treatment, hospitalization, or rehabilitation. Food and diet can also play a big role in a Consumer’s health plan and may require extra planning, nutritional guidance and prep.

T.W. was working at Strong Hospital as a one-on-one for four years. She loved being able to help people in need and to be there for them during their hospital stays. However, she felt as though her hard work and compassion could be better utilized, T.W. wanted to do more. One day, T.W. met J.H. while at Strong Hospital and they immediately bonded. J.H. was being discharged from the hospital and was enrolling into home care. She asked T.W. if she would be interested in working with her through CDPAP and T.W. accepted. She has now been providing J.H. with home care services for over seven years. 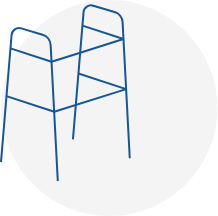 When a Consumer is discharged from a hospital or rehab, there will usually be a transition period when the Consumer continues to heal and needs additional care. Some questions you may want to ask the discharge team include: 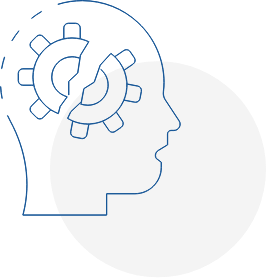 Illness and especially chronic illness can lead to depression, stress or other behavioral health issues. Often, it is a family member or PA that will recognize worrying symptoms in the Consumer. It is important to seek help right away because a person’s mental health will also affect the person’s overall health, stability, and healing.

H.P. had been working as an LPN for over 20 years. She lives with her parents and had been caring for her parents for many years without pay while juggling both a full time job and being the sole caretaker of her parents. When her father’s health began deteriorating, he enrolled into the CDPAP program and H.P. quit her full time position as an LPN to be the caretaker of her mother and father. Their home is in a rural area in New York where the nearest house and store is a fifteen minutes drive away.

H.P. knows there is other way her parents could remain living at home. H.P. now uses the knowledge she gained from over 20 years of Nursing training and applies it to caring for her parents. 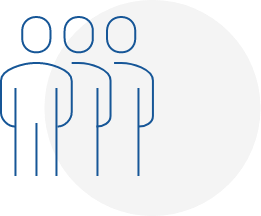 When hiring and training a PA, it is important to understand the role diversity may play. Diversity can mean any differences such as gender, race, ethnicity, demographic background, ability, health status (i.e. disability), and sexual orientation.

Diversity training and support is designed to foster positive interactions, decrease prejudice and discrimination, and to help different individuals work together effectively. In this way, interacting with others can help build trust, respect, and understanding across cultures. 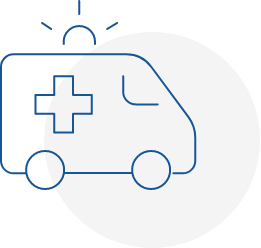 Preparing for an emergency for a Consumer will need to be thought through and planned for worst case scenarios. In addition to a typical emergency supply kit, a Consumer may need to plan for additional needs. If the consumer is dependent on medical or assistive electric equipment, a generator or battery back-up option should be ready. If a Consumer relies on medication, there should always be a supply so that the Consumer is never left without the needed dosages. If a Consumer needs specialized transportation, an emergency evacuation plan should be prepared before ever needing to activate the plan.

As a postoperative patient, transplant recipients have surgery-related risks of organ donation including pain, infection, hernia, bleeding, blood clots, wound complications. But the biggest fear and obstacle is failure or rejection of the donated kidney. After an organ transplant, an organ recipient will need to take immunosuppressant (anti-rejection) drugs which help prevent the immune system from attacking (“rejecting”) the donor organ. A Consumer and PA must always be on the look out for warning signs of an organ rejection. 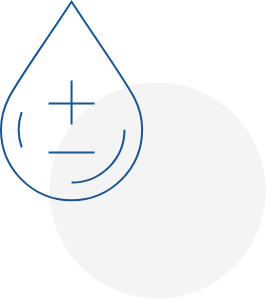 Diabetes dramatically increases the risk of heart disease or stroke. But even with increased risks, the Consumer can still take charge and prevent a number of typical diabetic complications by doing the following: